United To End Violence against Women

United To End Violence against Women 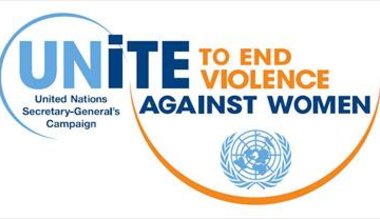 Chad launched on 17 October 2009 a campaign entitled "Unite to End Violence against Women" . Several personalities witnessed the ceremony, including members of government, the diplomatic corps, as well as representatives of UN agencies, the United Nations Mission in the Central African Republic and Chad (MINURCAT), and NGOs.

The campaign is a worldwide initiative of the United Nations Secretary-General launched in February 2008, aiming to achieve the following objectives: adoption and enforcement of national legislation in line with international human rights standards; adoption and implementation of multi-sectoral national action plans; establishment of data collection and analysis systems; establishment of national and/or local awareness-raising campaigns; and systematic efforts to address sexual violence in conflict situations.

Representatives of several UN agencies and civil society, as well as members of the diplomatic corps were present. MINURCAT was represented at the highest level by the Special Representative of the Secretary-General.

Several activities, including theater representations, round-table discussions, and radio competitions, are planned for the week of the campaign, ending on 24 October.